A brilliant act of leveraging federal resources to galvanize significant results? Hardly. The “plan” instead amounts to the latest catastrophic failure to invest our national resources in future growth and prosperity of the country.

Worse, this proposal arrives at the ultimate destination of a policy path paved by conservatives and libertarians for the past decade: abandonment of the idea of public investment.

The need for expanded infrastructure investment has been evident for at least a decade. As a study published last month by the Congressional Research Service indicates, “The United States lags behind many other advanced economies with respect to transportation infrastructure investment as a percentage of GDP. According to OECD data, which include spending on roads, rails, inland waterways, maritime ports, and airports, the United States spends less on transportation infrastructure as a percentage of GDP than most OECD countries.” The infrastructure gap is the result of a steady decline in nondefense government investment since the 1960s, from the 3-4 percent of GDP range to 2.5% in 2016.

Libertarians and other opponents of government make the usual case against public investment: claims about deteriorating infrastructure are overstated, taxpayers would be burdened by the borrowing required to finance infrastructure investment and – falling back on dogma rather than an evidence-based analytical case – the government cannot be trusted to invest wisely.

The American Society of Civil Engineers disagrees vehemently with the first point, estimating total infrastructure investment needs – for everything from roads and bridges to electricity networks and schools – at $4.6 trillion for the decade from 2016 to 2025, with a funding gap of $2 trillion. The evidence also indicates that infrastructure investment brings significant returns. This is why Larry Summers, former World Bank Chief Economist, U.S. Treasury Secretary and Director of the National Economic Council, among others, has long advocated for greatly expanded infrastructure investment. Summers has made a sustained case that such investment is likely to generate returns that far surpass low government borrowing costs. Economic studies show that infrastructure investment has a large economic multiplier effect; it is also likely that well-chosen infrastructure spending can produce increases in economic productivity that enhance growth and job creation. Crucially, federal investments that augment resilience to natural disasters can ultimately save money – a point for which we’ve observed much tangible evidence this past year. The study by the American Society of Civil Engineers indicates that failure to close the infrastructure spending gap will reduce GDP by $3.9 trillion by 2025 and result in a loss of $3400 of disposable income per household. These estimates of collective returns illuminate the very essence of public investment.

The deep flaw of libertarian thinking is that improvements to the collective welfare drop out of the equation since society does not exist, only individuals. Investments become nothing more than spending.

Unfortunately, the administration’s proposal treats public investment in a similar way. The proposal follows the libertarian path by seeking to decimate environmental and other regulations in the name of “efficiency” to make way for private infrastructure projects. Such an approach invites investment that creates private returns, while socializing costs in the form of environmental degradation AND user fees for access to private infrastructure. As it turns out,  there already are mechanisms in place to streamline environmental review and construction permitting by the federal government.

The White House outline at least acknowledges the need for infrastructure investment. From that modest bright spot, the remainder of the legislative outline is darkness. The core of the proposal is an infrastructure incentives program involving a relatively paltry $100 billion. Cash-strapped states and local authorities are expected to fill the gap to meet local infrastructure needs – while attracting private sector partners.

The formula for funding proposed infrastructure projects nakedly reveals the abandonment of the idea of public investment.  Evidence of how each project will secure non-federal revenue for the investment (50%) and for operations and maintenance (20%) together account for 70% of the criteria by which funding will be allocated. The weighting of evidence of social returns on the investment? 5%.

As a New York Times evaluation of the proposal suggests, the approach abandons a longstanding tradition of federal involvement in infrastructure investment dating back to improvement of harbors and navigable rivers in the early 19th century.  As the article concludes regarding the incentive formula, “In this new competition for federal funds, a plan to, say, build a better access road for a luxury development — a project with the potential to bring in more dollars from private investors — could have a strong chance of getting the green light. By comparison, a critical tunnel overhaul that has trouble getting new money might not be approved.” Furthermore, critical funding for infrastructure to increase resilience to national disasters is unlikely to be forthcoming from the private sector.

In short, like much of the policy behavior we’ve seen from this administration, the proposal for infrastructure is nothing more than a strategic deployment of government resources to amplify opportunities for private profit – at the expense of the public welfare and long-term health of the U.S. economy. The approach ignores the fact that thoughtful public investment inherently creates opportunity for increased private returns.

By the way, I’m opening a new gourmet restaurant, and you’re invited to the grand opening – a sumptuous buffet dinner. I’m providing the napkins. Just bring a protein, side dish or dessert! (And silverware, we’ll need that.) When you arrive with your dish, mention that you’re a reader of my blog and you’ll receive a 10% discount off the fixed dinner price. I believe in community! 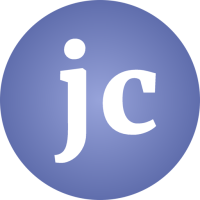