The cover of the latest issue of the German news weekly Der Spiegel shows a background of a US president setting the world ablaze. In the foreground, a hesitant German Chancellor Merkel stands back-to-back with a confident French President Macron holding a fire extinguisher labeled “I love Europe.”

“Who will save the West?” asks the headline — the issue is about freedom and democracy. Macron needs Germany’s help, yet the Chancellor, laments Der Spiegel, is ceding the field to Macron. 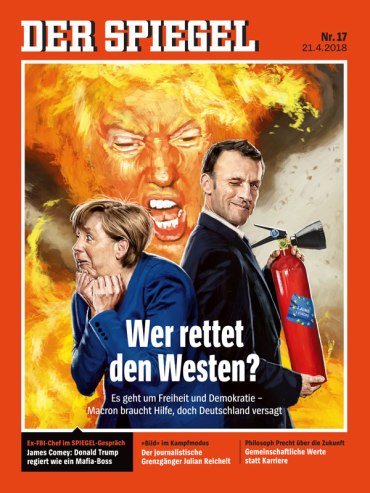 The English-language international issue notes that “The U.S. is no longer leading the West, neither morally, economically, on foreign policy or militarily.”

The need to ask who will save democracy in the West is itself a sad statement. But the question is indeed relevant. A Turkey once close to docking at the harbor of democracy and rule of law has drifted into authoritarian seas. A Hungary and a Poland firmly anchored in the democratic harbor and embedded in the rule of law represented by the European Union have each come unmoored, and have drifted from the harbor.

As these alarming developments proceed, where are the global beacons of democracy?

The notion of the U.S. as such a beacon is of course flawed; no doubt, there has always been a great deal of hypocrisy underlying the notion of the U.S. as the world’s beacon of democracy. But the symbolic dimension matters nonetheless, if only as a cautionary note to those seeking to spread illiberalism and as a rallying point for those working for government accountability, responsiveness and rule of law.

While the light may have been mottled in the past, the U.S. beacon now grows ever dimmer.  This is a result both of failures to denounce authoritarianism abroad and a willingness to encroach on democracy and rule of law at home when politically useful.

The US Congress has been silent on the spread of authoritarian, because it is understood that any critique of tactics in Poland or Hungary is an implicit critique of the current occupant of the Oval Office. The authoritarian tendencies of our own presidency have muted U.S. advocacy for press freedom and rule of law around the world. Without that voice, authoritarians are empowered, given license.

Some members of Congress have championed an assault on the “deep state” (an Erdoganesque construct) comprised of FBI and Justice Department officials — who in reality are intent on imposing rule of law on an executive resentful of legal limits.

In contrast to these shameful betrayals of democracy and rule of law, the European Parliament has at least taken the symbolic steps of passing resolutions condemning violations of rule of law in Hungary and in Poland.

In the case of Hungary, the European Parliament’s resolution cites commitments of EU member state governments made in the Treaty on European Union, the Charter of Fundamental Rights of the EU, and the Universal Declaration of Human Rights.

Referencing violations of rights of asylum seekers, attacks on civil society organizations and on media pluralism, assaults on freedom of organization and of expression and overt engagement in propaganda campaigns regarding immigration, the European Parliament “Regrets that the developments in Hungary have led to a serious deterioration of the rule of law, democracy and fundamental rights over the past few years.”

Similarly, in a November 2017 resolution the European Parliament condemns numerous actions of the Polish government “risking the systematic undermining of fundamental human rights, democratic checks and balances and the rule of law.”

Furthermore, in December 2017, the European Commission invoked Article 7 of the Treaty on European Union, which calls for the national governments to act where there is a “clear risk of a serious breach of the rule of law”

Justifying its action, the European Commission explained that it “is taking action to protect the rule of law in Europe. Judicial reforms in Poland mean that the country’s judiciary is now under the political control of the ruling majority.”

The Commission continues: “A breach of the rule of law in one Member State has an effect on all Member States and the Union as a whole. First, because the independence of the judiciary – free from undue political interference – is a value that reflects the concept of European democracy we have built up together, heeding the lessons of the past.”

Meanwhile, as Poland grew more isolated within the EU, a July 2017 visit from the U.S. executive sent a contrary message.

Rather than taking the opportunity to diplomatically caution the Polish government regarding violations of rule of law, the current occupant of the White House instead, while on the soil of a government that has displayed growing authoritarian tendencies and engaged in violations of press freedoms, gleefully reiterated attacks on the U.S. media to which we have grown so accustomed at home.

It is indeed sad that the question of who will save the West must be asked at all. It is sadder still that the United States is no longer part of the answer.

One thought on “The Troubling Question of Democracy in the West” 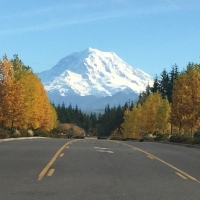 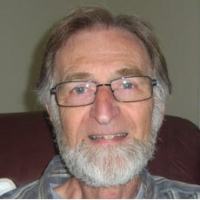